CyanogenMod is a VERY popular ROM that has been ported onto many Android phones. Since the spring of 2011 CyanogenMod has been in testing to get it successfully ported over to the HTC Thunderbolt. Now, it’s not officially listed on their site but the user that goes by the name of ‘slayher’ has been working on this and has finally released a ‘stable’ build. Which means there should be minimal bugs.

The only bug that I’ve found so far is GPS lock is still not working out of the box. The fix takes about 15 minutes and I can successfully say that it works for me. I will post the fix a little further down in my post.

CyanogenMod is not like the other ROMs that I’ve tested, posted, and reviewed here on WireValley.com. What’s different about CyanogenMod is that it does not have the Sense 3.0 or Motoblur software that you may be use to if you’ve owned a HTC or Motorola phone in the past. CyanogenMod is “smaller” size ROM since it’s basically the Android essentials. This also makes the phone very snappy! When I run Advanced Task Killer, I end up having over 300MB of free space. On other ROMs, such as Das BAMF, I usually always end up with 200 something. Not saying Das BMAF ROMs are bad, because I absolutely love them! If you download CyanogenMod 7.1.1, the whole file is only 91MB vs. 300MB+ that some Thunderbolt ROMs are coming as.

CyanongenMod was different for me after loading it. The ROM defiantly feels like a more “simple” ROM, but after playing around with the ROM for a full day, it offers MANY features and settings. It defiantly takes time to learn where everything is located and I’m sure I’m not even done learning where everything is.

Here’s what I like most about CyanogenMod. I like that I can tell the ROM how many rows and columns I want on my home screen. Personally, when you have a 4.3″ screen, it just doesn’t make sense to have only 4 rows going down you screen. This way I can fit more icons on my home screen 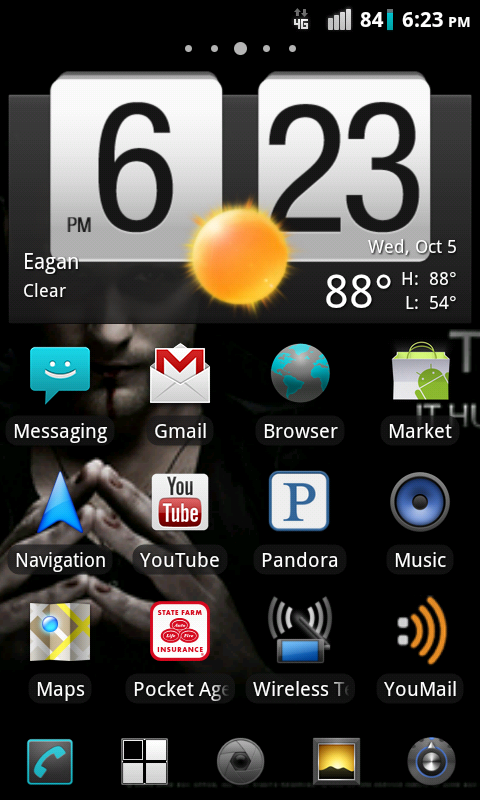 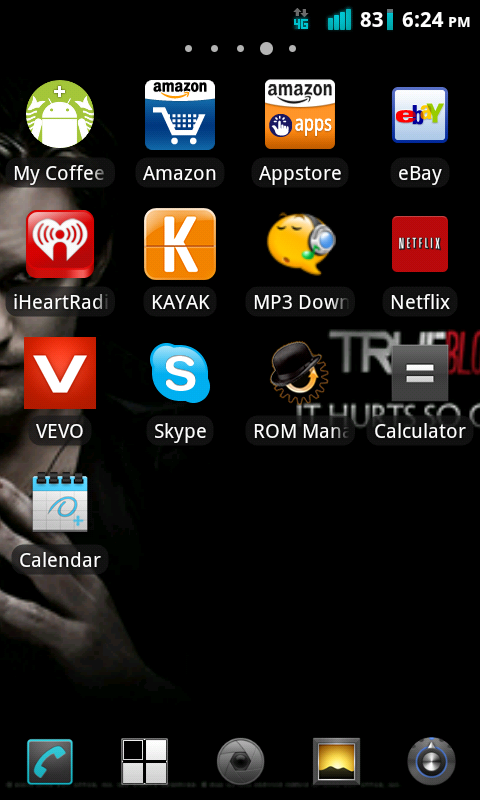 As you can see, I have 5 rows going across which makes the icons a little smaller, but not by much. The clock/weather widget also shrinks a little in size, but not too bad.

You’ll also notice that 5 icons I have on the very  bottom of my screen. You can change this to either 1, 3, or 5. These icons always stay there since this is your launcher. Going from left to right, I have 1.Phone 2. All App Drawer 3. Camera 4. Gallery 5. Settings.

Here is a picture of the All App Drawer. As you see, this also fits more apps in an area. CyanogenMod uses the space wisely and does not waste any room. 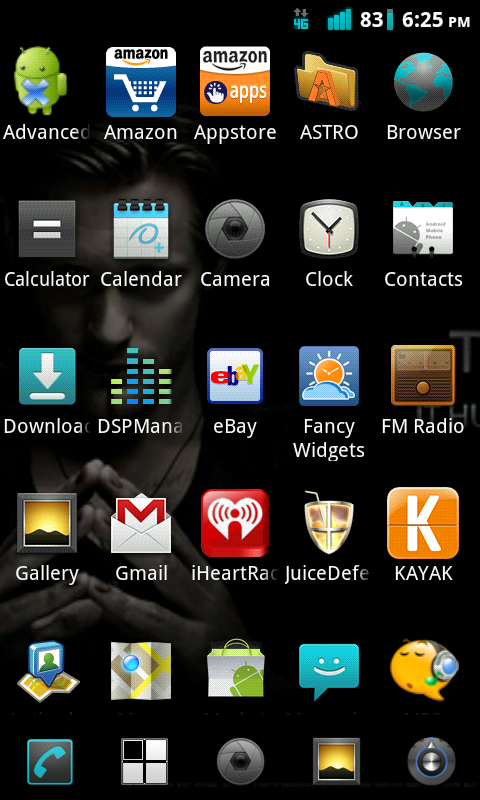 And lastly, here is a picture of what your “Gallery” will look like. CyanogenMod breaks your folders up into Albums. I’m not sure if I like this so much because I feel like it’s always loading my pictures and moving the albums around on me. You’ll know what I mean if you test the ROM. I’m not too worried about this since I don’t use my phone for pics/gallery a whole lot. 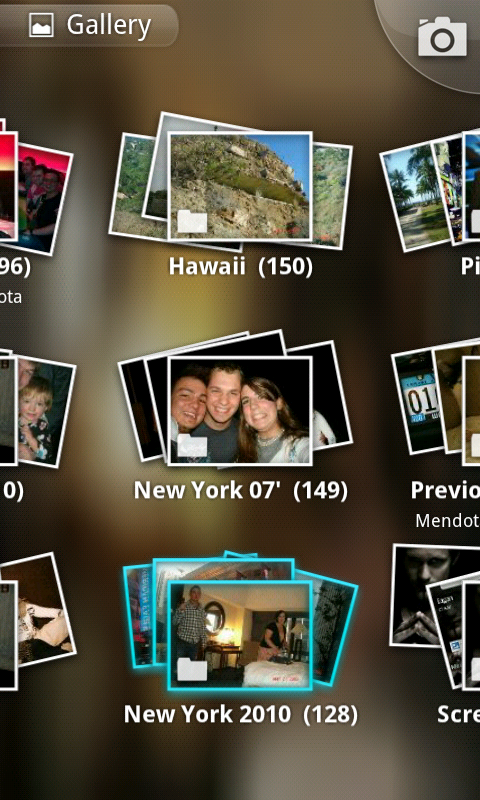 Now, onto the bugs! Honestly, the only real bug I have found is the GPS not locking properly. There is a fix out there and it takes about 15 minutes to do. Here is how I fixed the GPS locking issue for CyanogenMod 7.1.1 for the HTC Thunderbolt:

2. Boot into recovery mode by holding down the power button and volume down button at the same time when you’re turning on your phone. Once you are in recovery mode, you need to delete Dalvik, Cache, and I think user data?

3. You then need to install another ROM that has sense 3.0. So for instance, I just did Bamf FOREVER 1.0.7. Now, I know what you’re thinking, “not another ROM!” You don’t have to set it up. Once the ROM boots you just need to enable GPS by loading Google Maps and Navigation.

4. Once you’ve enabled GPS on your new Sense ROM and you verify it’s working, boot back into recovery mode and restore your Nandroid backup of your CyanogenMod and you’re back in business! Since you made a Nandroid, you don’t need to worry about restoring anything because all your apps, text messages, contacts, etc. will all be there since a Nandroid makes an exact image of your Android phone!

5. Turn on GPS on CyanogenMod and whalaa! It should work! Mine did and I was able to load turn-by-turn Navigation on.

I can happily say I am no longer running any Das BAMF ROMs and I am using CyanogenMod as my main ROM. I’ve successfully been it for the last day or so.

I’m also using a different Kernel vs. what comes with the ROM. I’m using “imoseyon 3.7.1AOSP+” Feel free to download that.

Lastly, I’m using the latest radio with this ROM. I am no longer using the MR2 radio. The latest MR3 radio is 1.48.00.0906w_1,0.01.78.0906w_2. This is believed to be the radio that is being released with the official Gingerbread update for the HTC Thunderbolt. Download MR3 radio.

Android vs. Apple – Why Apple is For Zombies

How I Save My Precious Cell Phone Minutes