Reports are coming in from all over that Verizon has kicked off the Android 4.0.4 update for the Samsung Galaxy Nexus for a select group of users. Verizon posted the changelog earlier this week and began teasing the update as coming soon, but has not officially announced the that a rollout has begun. You can check to see if the update might be ready for your device by navigating to Settings/About phone/ System updates. So far we’ve been coming up empty at the Phandroid home base. Let us know in the comments if you are seeing the update! 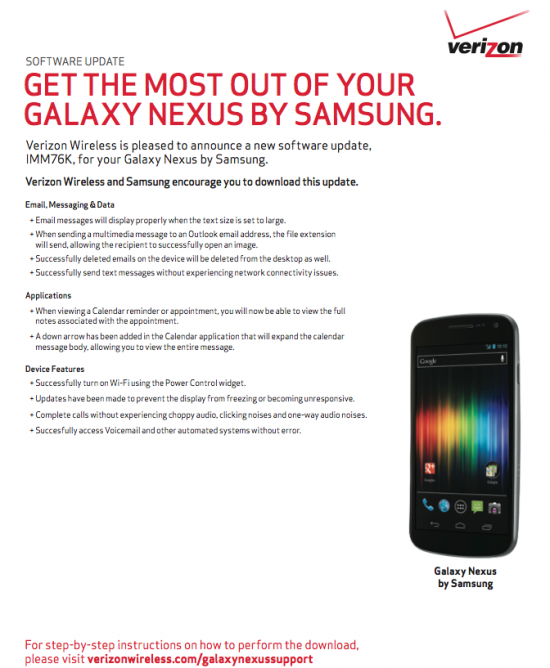