With devices such as the Roku box which allow you to stream Netflix and Hulu to your TV, you really don’t need a DVD player anymore. If I were to say the DVD is going to die off in the next 5 years, that might be pushing it. However, we’re going to enter a disc-free era sooner or later. I can personally say I don’t even own a DVD player (unless you count the DVD ROM drive in my computer) and I don’t even own a single DVD / BluRay movie! Nor have I since 2006.

I use to own a Netgear EVA9100 media extender. A media extender looks like a DVD player, but it has no DVD drive. What a media extender does is connect to your TV via HDMI or video-aux cables and it allows you to display video, pictures and music files that are on your PC onto your TV. With that being said, I simply threw another hard drive in my computer and started downloading TV shows and movies until my heart was content. This type of media extender supported all major video formats so I did not have to worry about converting my videos to a specific file.

Now I know what you may be thinking, this sounds too complicated for the average American. That may be true, but devices such as the Roku are making this process so easy that I purchased my parents this for Christmas last year. They were able to get it setup in 15 minutes. My parents said they’ll never run out of anything to watch. If they want to watch a newer released movie that’s not on Netflix yet, they can rent the movie through Amazon.

The digital era truly started with the Apple iPod. Had I know we’d soon be able to start carrying thousands of movies and songs in our pockets, I never would have wasted THOUSANDS of dollars on CDs and DVDs. I was devastated the day I moved and I knew I would only get about $0.20 per CD so I ended up throwing them all away. I had all the songs on my computer / MP3 player so there was no point in keeping my CDs. They only took up space and gathered dust.

Then in 2006, I sold all my DVDs for about $1 a piece and was able to get rid of my DVD shelf and free up more room in my apartment.

Finally, in 2010 I sold all my hard cover books. I now carry all my books on my Amazon Kindle and was able to free up more space in my townhouse by getting rid of my boxes of books and book shelf. 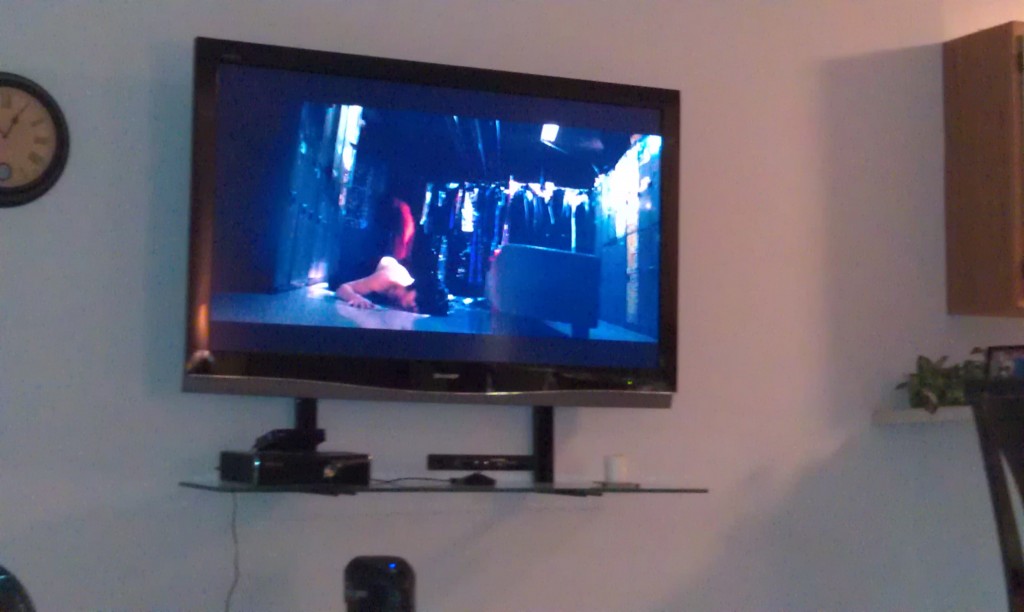 (This is my setup at home. A floating TV shelf right below the TV with just an XBOX 360 and Kinect sitting on the shelf. Don’t mind that black cable hanging down, that’s usually not there.)

I know there are some authors on bigger tech blogs that may disagree with me. All I have to say is, really? Come on, Sony closed their 2nd CD manufacturing shop in North America in 2010 and now only have ONE remaining. The evidence is there. We are moving to a digital only society, and fast. Amazon now claims they sell more eBooks than physical books.

Save your money people! Stop buying DVDs, BluRays, Books, etc. We will be going to a digital era sooner than you think! If you didn’t already know, TVs are already being sold that are Internet ready to be connected to the Internet. You can stream media directly to your TV, install apps on your TV, check your Facebook and Twitter account, etc.