I have successfully been using Jelly Bean on my AT&T Samsung Galaxy S III since November 14th, and I love it! A lot of people said Ice Cream Sandwich was the Android operating system that Android should have been all along. I have to disagree and say they were wrong. Ice Cream Sandwich was still plagued with lags and stutters. Jelly Bean has absolutely fixed this 100% now that Project Butter is built into Jelly Bean. Project Butter was meant to fix the stutter issues in previous versions of Android.

When I got the Samsung Galaxy S III the first week it was released, I told myself I wasn’t going to install any customer ROMs, because I didn’t want to have to go through the hassle and testing. Therefore, I wanted to wait until a STABLE version of Cyanogenmod 10 came out for the S3. For those of you that aren’t familiar with Cyanogenmod, it is a group of developers that build custom ROMs for your Android phone. They tend to release software updates more frequently than the big phone carriers, and they offer way better support on message boards across the Internet.

Anyway, Cyanogenmod 10 is Android Jelly Bean on the Samsung Galaxy S III and you can get the stable version here. You will of course have to have your phone rooted and have Clockwork Recovery downloaded onto your phone.

1. I sometimes have to double-click the home button to wake up my phone. Most of the time one click works, but once in a while I either have to push the power button or double tap the home button. Not a big issue.

2. Wifi disconnects randomly. Not sure if this is a modem issue. I did just upgrade my modem to I747UCLI5 which is a version after the one I was running (which was I747UCLH9).  I think this will fix the issue. If you need to download the newest modem, you can get that here.

Other than that the phone is stable, no crashes, and all my apps work! If you’re interested in some screenshots, here are 3 that I took: 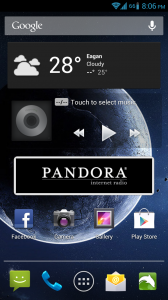 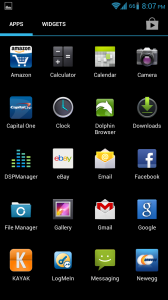 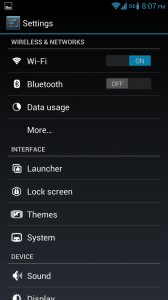