Deciding which mobile device to buy this holiday season means choosing between many excellent devices in the market and here are five great things about Google Nexus 6, we should consider: 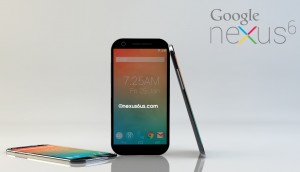 Granted, the Google Nexus 6 may not be for everyone. Some people could find the 6-inch display rather difficult to manage, especially if they are used to smaller models. Oversized smartphone models like the Nexus 6 is still a matter of taste and not everyone would find it desirable. For this reason, users should go to store and try the demo unit before they consider purchasing one. There are also some criticisms on the camera quality of Nexus 6, especially when users take photos in low light situation. The Android 5.0 also lacks more comprehensive photography-related software. However, there are many apps in Google Play store to enhance the overall photography performance. In addition, the Google Nexus 6 is among the expensive devices in the family. Previously, Google defied market logic by releasing high-specs devices with relatively reasonable prices. The Nexus 6 with 32GB internal storage is available for $649, which isn’t cheap. However, it is still more reasonable than the iPhone 6 with 32GB storage at $849.

Three Things to Consider When Choosing Between Smartphones, Phablets and Tablets

Seven Things About Android 5.0.1 Update That We Should Worry About